Media’s Impact: Our Thoughts and Future

Connecting the pieces between our negative thinking and the movies, music and social networking we consume allows us to deliberately tailor our potential and opens up new opportunities to come in the opposite spirit and use media of all kinds for the glory of God. Focusing specifically on the countries I’ve visited in the past few weeks, Australia and Singapore, media defines opinions and shapes personalities. The fact that this media is often Americanized and highly hyped to an unrealistic level is often detrimental to expectations, personally and culturally.

The prevalence of specifically American Media in Australia and Singapore gives testimony to the tenacity of western marketing in the eastern hemisphere and it’s willingness to adapt to attain customers- more so in Singapore than Australia. While both countries enjoy their own celebrities, the west’s influence speaks heavily into the lives of their citizens, particularly the youth. Statistics state consistently that the consumption is not only highest among 16-24 year olds, but is only growing, especially in relation to mobile devices. (Pew Research Internet Project, September 2013) Australia ranks high in Nielsons 10 Internet-metered markets, topping the social networking scale at 7 hours and 17 minutes per person. The most active of any social media users are Asian or Pacific Islander, 18-34 year old females. Gaming takes second place in time consumption while music and TV dominate life offline (State of the Media: The Social Media Report- Q3 2011, Nielson). Devices make all this content and more available wherever we are. These small screens create big problems, ranging from addictions to depression. Not surprisingly, The World Health Organization reports that suicide rates have increased 60 percent over the past 50 years, most strikingly in the developing world, and that by 2020 depression will be the second most prevalent medical condition in the world.

We cannot expect to spend hours in a day consumed in unreality and not expect it to influence our behaviors, attitudes and even our state of health. While mental illnesses like depression are unfortunately often tied to the self esteem dependence on social media and expectations presented in culture, I believe especially in Asian cultures like Singapore what Sherry Turkle, an M.I.T. professor and author of “Alone Together: Why We Expect More From Technology and Less From Each Other,” calls “the pressure of performance.” plays a high role in the cultural pressure of school and work on the thinking of modern youth. While the media bombards them with influence from a young age, demanding wealth, physical beauty and greatness in exchange for success, the educational system and family often demand even more. The only escape for most children and teens is into the world of online gaming or social media. Here they can portray themselves to please. These pursuits are renown for bringing negative thinking to a forefront. The effects of negative thinking are endless, but whether the consequences are physical or emotional, the negative thinker is diminishing his or her potential by simply projecting failure on whatever situation he/she stands in. The media plays no helpful role in this, portraying life without consequences, which leads to further deception of the undiscerning individual. For example, the physical consequences of casual dating relationships among teens are never explained or even hinted at in Hollywood. ‘Hooked- New Science On How Casual Sex is Affecting our Children’ by Joe S. Mcilhaney Jr. MD and Freda McKissic Bush MD states that the only contact required to release bonding hormones in the brain is a 20 second hug between the involved individuals. Any breakup following will be exponentially more painful mentally and even physically. “The longer people are together, the stronger their bond can become. When that bond is broken, more damage is down than simply the loss of the relationship. The neuro-chemical imprint of that sexual experience remains often for many years impeding the very bonding process that leads to future healthy relationships. This pattern severely damages one of the most important abilities humans are born with, the ability to bond to another person.” (Robert T. Michael, John H. Gagnon, Edward Laumann, Gina Kolata, Sex in America (Time Warner, 1995, page 124) The emotion of fear, triggered by thoughts in the brain, can cause up to 1400 illnesses – it releases 30 hormones! When any type of media is consumed on a intentionally regular basis, without intervention, the actions involved in the song or movie will be acted out within 2 years, regardless of the individual. Other side effects of the media influx involve crippling addictions, like pornography and erotica, disorders such as anorexia and depression and twisted worldviews.

The power of media in the lives of youth is astounding- but not altogether encouraging. To create customers they have to create a hunger in us for something that we can’t get for the sole reason that we’ll keep searching and paying them till we feel like we achieve it. This is called marketing. People aren’t going to buy anything when they feel good about themselves. While this may be true now, it doesn’t have to continue this way. The influence of Christian media, ironically often produced by youth is also groundbreaking and is slowly gaining a voice, particularly in the social sector.  The potential of healthy media in the Kingdom is inspiring and a  growing movement with more than enough creativity to go around. For example, World of Warcraft actually has a church embedded in it’s levels where members living in restricted countries can attend and glean encouragement from fellow believers- all without leaving their house. While positive thinking must be intentional, as marketing is intentional, as  a cultivated skill I’ve seen it take people farther than good looks, money or fame ever will. So to see teens walk out of an event, lies identified and truths ready to replace those habits, I can only imagine the potential. The world would be left reeling. This, to me, is proof yet again that changing the world is left to the everyday, to the everyday individual and the everyday resources. 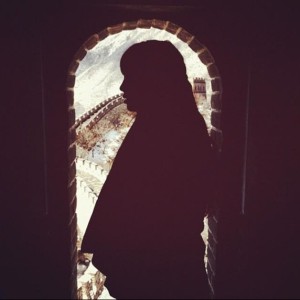